Jackie Chan may be famed for smashing up blocks of concrete with his bare fists but the kung-fu star showed cement a softer touch yesterday, leaving his prints for the second time in his career. 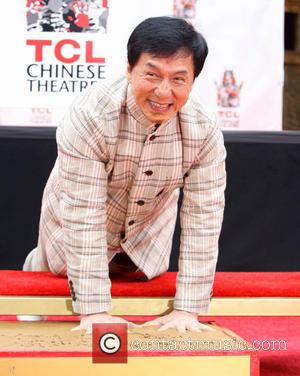 59 year-old Jackie Chan, who made a name for himself by performing his own stunts throughout his illustrious martial arts career, has left second imprints of his hands and feet outside Hollywood's Chinese Theatre after the first set disappeared.

Hong Kong-born Chan has starred in over a hundred films since his first appearance as a child actor in 1962's Big and Little Wong Tin Bar, crossing into Hollywood in 1995 with cult-film Rumble in the Bronx and receiving a Sidewalk Star on the Hollywood Walk of Fame in 2002.

Described as a more exclusive honour than Hollywood's WoF by The Daily Mail, a special 'handprint' ceremony was held yesterday (6th June) where Chan made his prints in front of an audience including Jaden Smith - son of Will Smith and Chan's young co-star in the recent remake of The Karate Kid.

It is not known where previous prints vanished to, however spokespeople from the Chinese Theatre say that rather than being stolen, the slab was removed to make room for new entries.

Also in attendance was fellow Rush Hour series actor and friend, Chris Tucker, who appeared alongside Chan in the hugely commercially successful martial arts/comedy action blockbusters. Giving a speech at the event, Tucker showed his respect for Buddhist and fighting expert Chan: "It was just an honour to be in a movie with him...He's been a mentor, a big brother. He's the best guy in the whole wide world."

According to Reuters reporting from the Cannes Film festival, Chan is turning down the heat on his stunts; after countless broken bones and smashed teeth, he is going to do less of his own stunts but continue to make films as talented actor, producer, director and fighting choreographer.

Chan's immortalized prints will once again lie proudly alongside the upper echelons of Hollywood stardom, including Marilyn Monroe, Clark Gable and Humphrey Bogart.