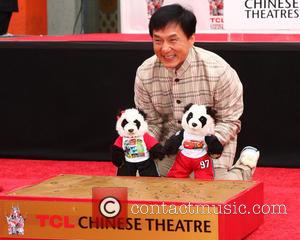 Action movie legend Jackie Chan will mark his 60th birthday by hosting a charity concert in China on Sunday (06Apr14).

The Rush Hour star, who reaches the milestone on Monday (07Apr14), will dedicate the gig to the good causes he supports, including Operation Smile, an organisation which helps children born with cleft lips.

The 2014 Peace & Love & Friendship concert in Beijing will celebrate Chan's birthday, his philanthropy and help raise awareness of Operation Smile.

The charity's Co-Founder Dr. Bill Magee says "Jackie is a dear friend and an enthusiastic supporter of Operation Smile. Jackie has played an integral role in raising funds for Operation Smile and we've thoroughly enjoyed his companionship throughout the years, whether it be on a medical mission or as a special guest to an event or fundraiser."