Jackie Chan plans to open a museum filled with items from all the movies he has worked on called Jackie Chan World. 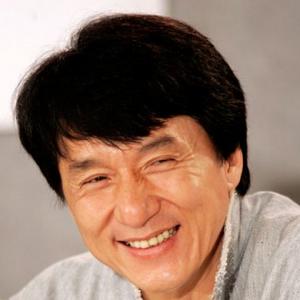 Jackie Chan wants to open a museum filled with things he has collected.

The 'Karate Kid' actor plans to create Jackie Chan World, a place where he can put everything he has purchased over the years on show for his fans and also plans to give things away as he has too much "s**t".

He said: "All my props and costumes, I put them there. I want people to go in and see them. Now I am planning Jackie Chan World - everything I've collected all these years will go in there. Teacups and saucers, cars, rocks, spoons.

"In my office, so many s**t! I've got six lofts in Hong Kong and if I want to find an Apple (Mac) I can't find it anywhere. I have to buy a new one. One day, when I die, I want my bank account to be zero. Nothing."

The 56-year-old action star also wants to open a stunt school for actors to train in where he would visit and give advice.

He told Empire magazine: "When I open it I want to visit twice every week. There is a lot to teach. But the most important thing for a stunt-guy is personality - you have to be humble and happy to learn.