British Author Jackie Collins Delayed Visiting Her Doctor For Two Years After Discovering A Lump In Her Breast, Because She Was Convinced It Was Nothing To Worry About. 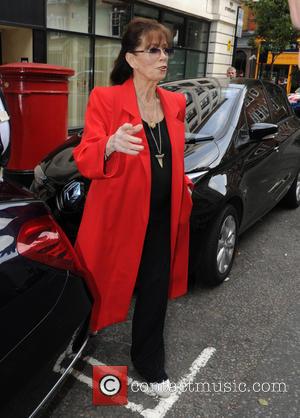 The novelist died on Saturday (19Sep15) after a secret six-year battle with breast cancer, and in her final interview with America's People magazine, conducted just five days before her passing, she confessed to putting off medical attention for quite some time.

In the candid chat, published this week (begs21Sep15), the 77 year old admitted to being "completely doctor-phobic" and said, "I thought, 'I'm not dealing with this', because in my mind I decided it was benign."

She was subsequently diagnosed with stage four cancer in 2009, but even then, she decided to keep the news of her illness largely to herself.

She added: "I've had to deal with losing my mother (to breast cancer), my husband (prostate cancer) and my fiance (lung cancer) and I did not want to put pressure on everybody in the family. So I happily, happily went day by day."

However, Collins used her People interview to urge fans not to take their health for granted and to undergo regular check-ups, insisting, "Women should get check-ups because it really helps to get diagnosed early. I know we're all told to do it, but some of us are too stupid, and I was one of them."

Collins also revealed she only told her actress sister Joan about her cancer battle weeks before she died, insisting she feared the bad news would have "really affected her"

Jackie said, "I just felt she didn't need it in her life. She's very positive and very social but I'm not sure how strong she is, so I didn't want to burden her with it."