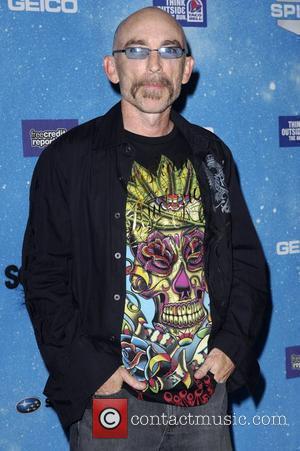 WATCHMEN star Jackie Earle Haley is set to star in another comic book adaptation - he's been lined up to play GREEN LANTERN villain SINESTRO.
Haley, who played superhero Rorschach in the DC adventure, is hotly tipped to take on the role opposite Ryan Reynolds - who's already signed up to play the Green Lantern himself.
Former James Bond filmmaker Martin Campbell is also attached to direct the project, which is scheduled to begin shooting in New Orleans, Louisiana in March (10).
It won't be Haley's first villainous role - he played Freddie Krueger in the recent Nightmare on Elm Street remake and a paedophile in 2006 movie Little Children.