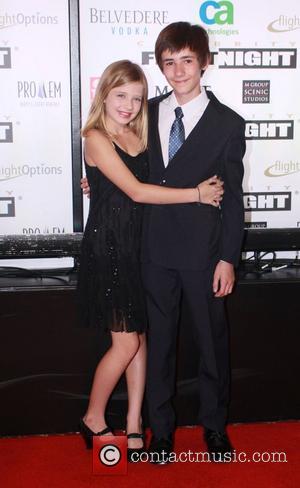 Twelve-year-old opera prodigy Jackie Evancho has landed a role in Robert Redford's new movie The Company You Keep - as the movie icon's daughter.
The pre-teen soprano, who became a sensation after competing on reality TV show America's Got Talent, has joined a cast that also features Susan Sarandon and Shia LaBeouf.
Her first film role completes a trilogy of 2012 successes - her new album, Songs From The Silver Screen, will hit stores in October (12), and she has signed on as the new face of Guess Kids' upcoming fall 2012 print ads.
Evancho says, "This year has been so much fun. I've met so many great people travelling, I got to star in my first movie opposite all of these amazing actors, and I even got to do some modelling - but singing is what I love the most."
The Company You Keep premiered last weekend (08-09Sep12) at the Toronto International Film Festival and will be released in March (13).