Jackie Stallone debuted her striking new plastic surgery at 'The Expendables 2' film premiere in Los Angeles last night (16.08.12), and her particularly large lips appeared to be the result of a fresh batch of collagen injections. 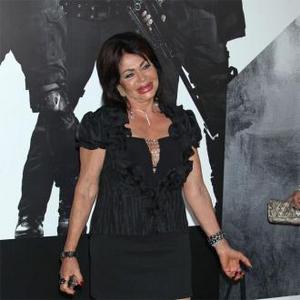 The 90-year-old astrologer took to the red carpet alongside her son Sylvester Stallone - who stars in the action movie - at the Grauman's Chinese Theatre in Los Angeles and renewed speculation that her secret to still looking younger than her years may not be entirely natural by flaunting her excessively large lips.

Jackie appeared to be sporting the result of a fresh batch of collagen injections, and the grandmother - who has been married three times - also donned a short black skirt, plunging Blouse and high heels as she pouted for pictures in front of the paparazzi.

She attended the premiere to support Sylvester - who was also joined by his wife Jennifer Flavin and their three daughters, Sophia, 15, Sistine, 14, and 10-year-old Scarlet - as he returned to the city where his late son Sage, 36, was found unresponsive last month in his Studio City apartment.

Earlier in the day, Sylvester described Sage - his son from his first marriage to Sasha Czack - as a ''lovely boy'' and sympathised with parents who have also lost their children and haven't received as much support as he has.

He told talk show host Jay Leno: ''When life hits you pretty hard you can go into a dark corner, or you can say, 'OK, fine, I'm going to find something to focus on, children, your wife, be supportive to other people too.'

''Because I know a lot of people go through [losing a child], and they don't get the attention that I do. And I feel for them, because it's one club that no one wants to be a member of, that's for sure. But I think about his memory, he was a lovely boy and I'll always treasure that.'' 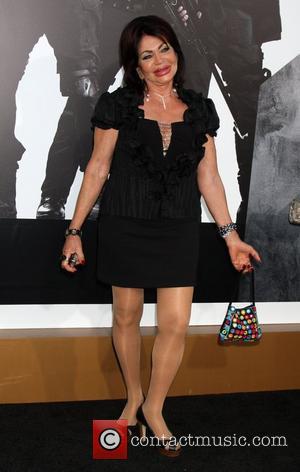