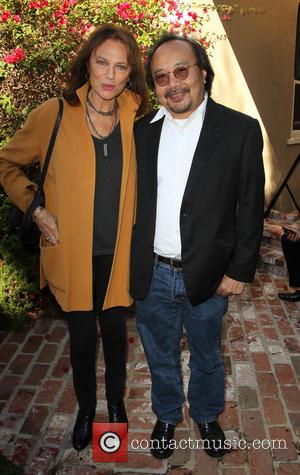 Picture: Jacqueline Bisset and Rithy Panh - Unifrance and The French Consulat of Los Angeles Host a Brunch in Honor of the 2013 AFI Film Fest...

Veteran English actress Jacqueline Bisset has finally set the record straight about longrunning rumours suggesting she had an affair with movie great Steve McQueen 45 years ago, insisting there is no truth to the allegations.

The former screen beauty became romantically linked to her married Bullitt co-star in 1968, and even his wife, Neile, previously admitted Bisset had been the most beautiful of all of MCQueen's leading ladies - although she never commented on the cheating speculation.

Bisset has now broken her silence to clear her name once and for all in an exclusive interview with author Richard Sydenham for his new biography, Steve MCQueen: The Cooler King.

The 69 year old says, "No, we did not have an affair. People write things and have done for many years. Yes, he was handsome, friendly and nice and there was a little bit of teasing, but nothing happened."

In fact, Bisset insists she spent much of her time alone, travelling between Los Angeles and San Francisco, California, where cult classic Bullitt was shot, but she can understand how the rumours of an affair came about - because they frequently enjoyed dinner together.

She adds, "I had a lot of meals around town with Steve, along with (director) Peter Yates and (producer) Phil D'Antoni; we were always going to different restaurants. That was very much the fun part for me...

"We ate a lot at a nice Italian restaurant called Vanessi's and it was always good fun with those guys. I remember us clambering into some tiny car and I felt I was hanging with the big guys."

MCQueen died in 1980 after losing his battle with cancer.