Who's following Jaden's school of thought? 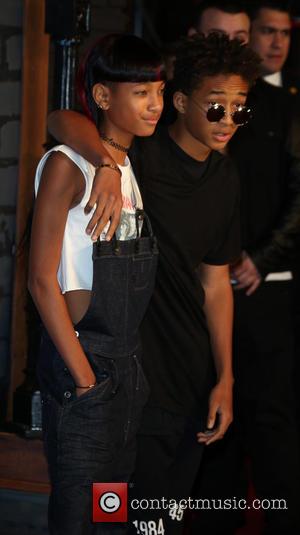 When you’re the son of one of the richest men alive, you can afford to be a bit flippant with your beliefs. That’s why Jaden Smith – son of Will – has begun somewhat of a tirade against the modern education system – something he currently isn’t enrolled in.

He tweeted: “School Is The Tool To Brainwash The Youth” and “If Newborn Babies Could Speak They Would Be The Most Intelligent Beings On Planet Earth,” much to the dismay of right-leaning, middle class Americans, who clearly don’t like this super rich kid telling their rich kids how to think.

“He has such a huge group of fans that really look up to him,” Us Weekly reporter Jennifer Peros told ABC News. “So this isn’t really the example you should really be setting,” she added, assuming that she can determine the kind of example anyone should be setting.

“If Everybody In The World Dropped Out Of School We Would Have A Much More Intelligent Society,” Jaden tweeted on Sept. 13, while his latest Tweet he advises his followers: “Everybody Get Off Your Phones And Go Do What You Actually Wanna Do.”

While Jaden has a point, it’s not really up to him to decide. We’d be far more interested if this moment of self-realization happened for a poor kid rather than the super-privileged child-superstar. Either way, little Smith will undoubtedly carry on living, working, and never reaching the astronomically high targets set by his father – the luckiest man alive. Jaden Smith and his dad Will at the premiere for After Earth.