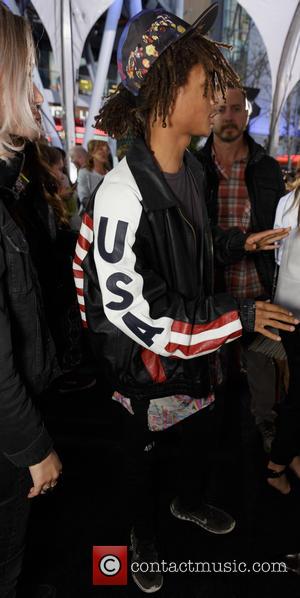 Picture: Jaden Smith - A host of stars were photographed as they arrived for the Los Angeles Premiere of the comedy movie 'Pitch Perfect 2' which...

The Walking Dead star Tyler James Williams appeared to let the news slip during a recent chat with fans in Hollywood, where he discussed the lack of black actors in superhero roles.

When an audience member shouted that Static Shock will reportedly be played by an African-American actor, Williams coyly replied, "I don't know what you're taking about."

He then seemed to confirm speculation Will Smith's son would be taking on the role of DC Comics' Virgil Hawkins, who possesses electricity-based powers, by continuing, "But yeah, no, it's great to see Static Shock is happening with Jaden."

Jaden Smith was first linked to the Static Shock project in October (14).