Jaime King celebrated her baby shower ahead of the birth of her first child with guests, including Jessica Alba and Rachel Bilson in Los Angeles on Saturday (17.08.13). 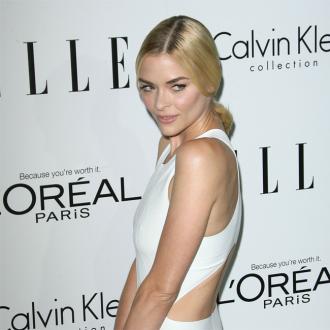 Jaime King celebrated her baby shower with guests including Jessica Alba and Rachel Bilson on Saturday (17.08.13).

The 'Hart of Dixie' actress, who announced she was expecting her first child in May with her filmmaker husband Kyle Newman, toasted the final stages of her pregnancy at a 'Star Wars' themed brunch at Soho House in West Hollywood with family and friends.

A source told UsMagazine.com that the 34-year-old actress and her guests dined on an elaborate cake inspired by George Lucas' film series that looked like a planet with baby clothespins for decoration.

The blonde beauty clearly enjoyed her special day and she later tweeted: ''BEST baby shower ever! ''

Jaime, who previously starred in 'Sin City' and 'Pearl Harbor', married Kyle in November 2007 at Greystone Park and Manor in Beverly Hills, where they also had their first date.

She previously revealed she is enjoying her pregnancy despite having unusual cravings.

She said: ''I'm feeling good. I mean, every day is an exciting new day because everything changes so quickly!''

She added: ''I really want olives a lot. And barbecue sauce!''