Jaime King has admitted she ''cried for hours'' when Kim Kardashian West was criticised at the Met Gala in 2013. 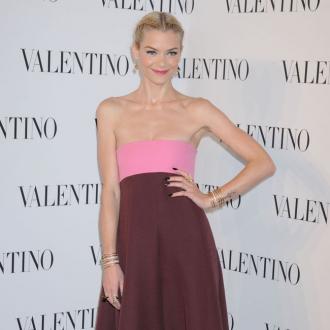 The 'Sin City' actress felt emotional after hearing the snide comments made about the 'Keeping With The Kardashians' star when she attended the Met Gala in 2013 whilst she was pregnant.

She shared: ''She was with Kanye, but she wasn't fully accepted by the fashion industry... Anna Wintour had invited her to the Met Ball, which is a big deal and a big step up for her. But when she was pregnant [there], I remember going back in my hotel room and crying for like five hours because I kept seeing all these things come up online, all of these horrible pictures and GIFs.

''I couldn't stop crying because here was this beautiful glowing pregnant woman who is probably so excited to be attending the Met Ball for the first time with the man that she loved, and she had this beautiful dress made for her that was very daring and very gorgeous, and she has a beautiful growing child inside of her, and yet everybody bashed her and called her a whale or said she looked like a couch or drapes.''

The incident made the 35-year-old actress and model - who was pregnant with her 17-month-old son James at the time - think about the effects the cyberbullying, particularly of pregnant women, could have on the mother and their child.

She added to ELLE magazine: ''[The critics] would not even think about the way it would affect her mental health and the child's health. It emotionally tapped into a place for me because I was newly pregnant [with my first child].

''What kind of world are we living in now where this is okay, where our bodies are being essentially sold to the highest bidder regarding their comments and that we are just put up on a cross to be persecuted?''