Jaime King thanks husband for 'the gift of life'

Jaime King has thanked her husband for ''the gift of life and loving'' as she waits to deliver the couple's second child. 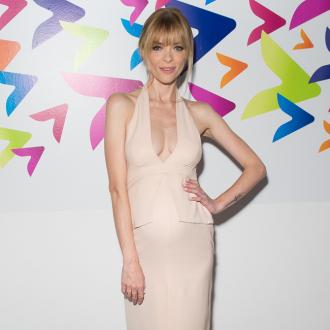 Jaime King has thanked her husband for ''the gift of life and loving''.

The 36-year-old actress, who is married to director Kyle Newman, has gushed about her lover in an Instagram post in which she expressed her excitement about the birth of their second child.

Alongside a photo in which she showed off her bump while wearing heels, she wrote: ''I'm waiting for you baby.... Thank you to my beautiful husband for the gift of life and loving. (PS i don't suggest wearing heels pregnant, only for a few seconds of fun) (sic).''

The 'Sin City' star - who previously announced she has chosen 'Bad Blood' hitmaker Taylor Swift to be the tot's godmother - already has 19-month-old son James, and revealed she was expecting her second child back in February.

At the time, she posted a photograph of James blowing bubbles while holding a sign which read: ''I'm gonna be a big brother! Who da boss now I'm so excited!!!! (sic).''

Her second pregnancy comes after she admitted her first child was a ''miracle'' because she has struggled with infertility and five miscarriages in the past.

Last year, she confessed: ''For all the struggling women & moms out there that think they are alone - This is the truth about conceiving my son and struggles after.

''8 yrs of pain and undiagnosed PCOS & Endometriosis. 9 doctors until Dr. Randy Harris diagnosed me & saved my life from a severe ectopic, 5 miscarriages, 5 rounds of IVF, 26 IUI's, most with no outcome, 41/2 years of trying to conceive. (sic)''