Taylor Swift will be the 'perfect' godmother

Jaime King thinks her close friend Taylor Swift will be the ''perfect'' godmother to her unborn baby. 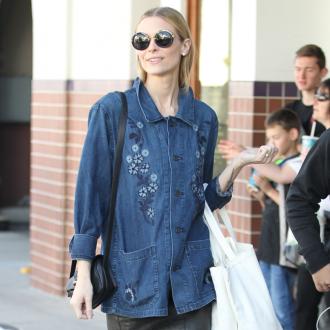 Jaime King thinks Taylor Swift will be the ''perfect'' godmother.

The 'Hart of Dixie' star, who is expecting her second child with husband Kyle Newman, recently asked the 'Style' hitmaker to be godmother to their unborn baby and has no doubt she is the right person to take on the ''sacred'' role.

The 35-year-old actress, who also has 17-month-old son James, said: ''I always knew she was going to be the godmother if I had another baby. Choosing a godmother is a very sacred and important thing in our family. They're going to be guiding your child, and they're responsible for them if something was to ever happen. We try and choose people who we know would raise our child the way that we would raise our child and her thoughtfulness, her kindness, her authenticity . . . is so powerful to me. She's so uninhibited in her giving . . . It's just beyond.''

But the blonde beauty was very casual when it came to asking her 25-year-old pal to take on the important job.

She told Elle.com: ''We were hanging out on the couch and I was like, 'Hey, would ever want to be a godmother?' And she was like, 'Uh, yes!' And she cried and, you know, all the fun things that best friends do.''

Taylor announced the happy news on her Instagram profile earlier this month by posting a picture of herself touching Jaime's baby bump, with the caption: ''Guess who just got named Godmother of this little one..... (ME) (sic)''

The duo became close friends after meeting on the set of the movie 'Fanboys' in 2005.