Actress Jaimie Alexander Battled Freezing Temperatures And Feelings Of Claustrophobia As She Spent Two Hours Curled Up, Naked, In A Duffle Bag Shooting Scenes For Her New U.s. Tv Drama In The Middle Of New York's Times Square. 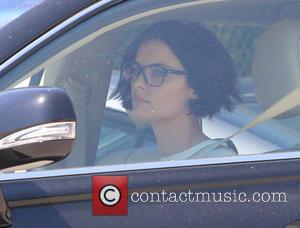 The Thor beauty plays a Jane Doe in forthcoming series Blindspot - about an amnesiac piecing together her life after she's discovered in a bag abandoned by the FBI.

Alexander reveals she shot the pilot episode in the middle of the night and, despite the frigid temperatures, producers wanted her to remain in the bag for the duration of the shoot.

She tells Eonline.com, "A lot of people don't realise I was actually in the bag the whole time. I've never been a claustrophobic person, but I have to say they went a little smaller than I thought they would go. It was a little snug in there."

Alexander was also surprised the crew managed to get the busy tourist area closed down for filming.

She adds, "We actually closed down Times Square at four in the morning. I didn't even know that was possible. I've never see an area as iconic and as busy as Times Square completely vacant."