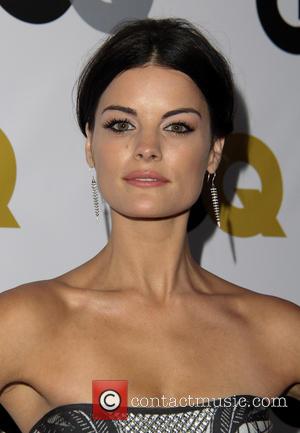 Actress Jaimie Alexander is anxiously waiting to hear if she has landed the role of Wonder Woman in the forthcoming Man Of Steel sequel, insisting the job would be a dream come true.

The Thor star was recently rumoured to be a frontrunner to portray the comic book heroine on screen, going up against former Bond girl Olga Kurylenko, and although she is hesitant about discussing her audition, she admits Wonder Woman has always been a part of her life.

When quizzed about the movie rumours by U.S. talk show host Jay Leno on Thursday night (14Nov13), she said, "It would definitely be a cool job. I was a huge fan growing up... Not just the show, the comic books too."

If Alexander does score the coveted role, she will join Henry Cavill as Superman and Ben Affleck as the Caped Crusader in the cast of upcoming blockbuster Batman vs. Superman, which is due to hit cinemas in 2015.