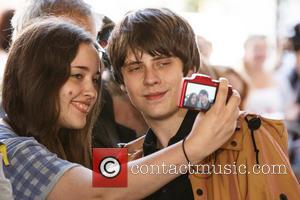 British singer Jake Bugg has taken a swipe at his former mentor Noel Gallagher by insisting he has no interest in seeing Oasis reform.

The young singer/songwriter's profile received a major boost in 2012 when he was taken out on the road as a support act by Gallagher, who also championed 20-year-old Bugg as the U.K.'s next big star.

However, the Lightning Bolt hitmaker has now confessed that although he was a fan of Gallagher's band first time around, he has no desire to see them in concert if the guitarist ever reforms the group with his frontman brother Liam.

He tells NME magazine, "I was an Oasis fan (but) I'm not too bothered about seeing them, you know? I'd have liked to see them in 1995, but not now."

Jake Bugg: I threw my ego in the bin years ago

Jake Bugg: COVID-19 passports will be a necessity for live music