Jake Bugg has slammed One Direction again by saying their lack of song-writing makes him feel ''disheartened''. 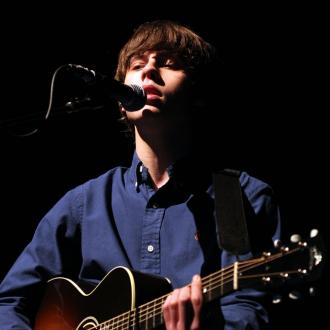 The 'Seen It All' singer - who has been involved in a war of words with the 'Little Things' group for several months now - says he would never join a boy band as he doesn't consider them real musicians due to their lack of song-writing.

He said: ''I would never consider being in a boy band. It's quite disheartening as a songwriter to see those acts.''

The 18-year-old musician's comments follow a string of criticism towards the band, previously insisting they don't ''have a clue'' about music and shouldn't even be ''considered a band''.

He recently complained: ''I don't know how they can really be considered a band, though to be honest. I'm not too sure. I think the more I play on it, it'll wind them up.

''They're there to look good. Music wise? I assume they don't really have a clue. We'll just see. They might do. Probably the ugliest one is the best singer. He might know a couple of [guitar] chords.''

It was Jake's dismissal of One Direction being similar to legendary band the Beatles which began their feud, slamming comparisons as nonsense.

He ranted: ''Who the f**k is saying [they're the closest thing to rock stars we have these days]? Oh, I'm pretty sure they have a good laugh. But it's easy to, isn't it? When you don't have to write any songs.

''People [call them the new Beatles] because they broke America, but that don't mean a thing. I mean, [One Direction] must know that they're terrible.

''They must know. Calling them the new rock stars is a ridiculous statement. And people should stop making it.''

Jake Bugg: I threw my ego in the bin years ago

Jake Bugg: COVID-19 passports will be a necessity for live music