Filmmaker Antoine Fuqua Whipped Himself Into Shape As He Prepared To Shoot New Boxing Drama Southpaw After Vowing To Train Side-by-side With His Leading Man Jake Gyllenhaal, To Give Him Some Moral Support. 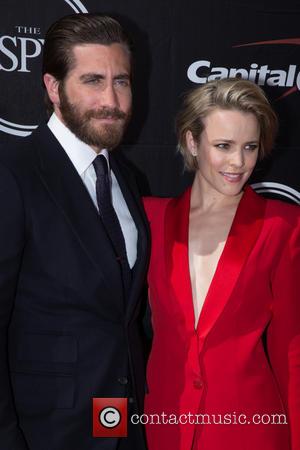 The Brokeback Mountain star spent five months in the gym perfecting his role as a boxer in the film and received help with his conditioning from former mixed martial arts champion David Buglione.

But Gyllenhaal wasn't the only one pumping iron and taking hits in the ring - Fuqua was there every day, too.

Meanwhile, Gyllenhaal's trainer, Terry Claybon, reveals he had his work cut out for him at the start of the actor's gym sessions, because the 34 year old "wasn't in any shape at all".

The hard work paid off as Gyllenhaal bulked up from 147 pounds (66.7 kilograms) to 175 pounds (79.3 kilograms), but he had to be pushed the first time he stepped into the ring in front of the cameras as he battled an attack of the nerves.

Claybon recalls, "I was wrapping his hands and getting him prepared to go out for his first fight scene, and he kept complaining about his hands... He kept complaining, because he was nervous. Until I really just got frustrated, and just put the gloves on him, and told him we had to go, because we were already 30 minutes behind and they were waiting on us.

"But... once we got out there, after the first take, I couldn't get him back to the dressing room!"