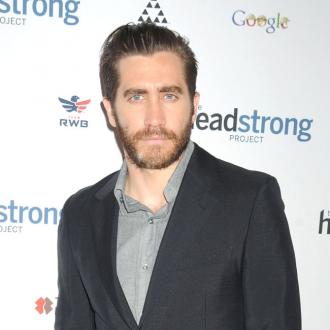 The 'End of Watch' actor generously opened up his cheque book at the Headstrong Project's Words of War event - which raised money for comprehensive psychological help for troops who have served in Iraq and Afghanistan - at the IAC building in New York City last night (08.05.13).

The 32-year-old star was one of the speakers booked for the event and followed up his address by getting the auction proceedings underway.

However, after the first few minutes of the sale - which was being held to raise funds for mental health care - went by without a bid, the Oscar-nominated actor stepped up with a $5,000 donation to go toward training in eye movement desensitisation and reprocessing (EMDR), a type of psychotherapy used to treat posttraumatic stress disorder, E! News reports.

Earlier, Jake had recited Wilfred Owen's poem 'Dulce et Decorum Est', a war piece written during World War I which depicts the brutal horrors soldiers face on the frontlines and the subsequent effect it has on them.

Each of the night's speakers shared similar war-themed written works, describing the impact war has on veterans, who often return home in severely distressed mental state, as well as their families.

The cause is likely one close to Jake's heart after starring in Sam Mendes' 2005 war drama 'Jarhead', which is based on the real life experiences of US Marine Anthony Swofford.