Jake Gyllenhaal's Musical Debut In Little Shop Of Horrors Has Been Praised By Critics, Who Insist The Actor Is "Meant To Be A Stage Star". 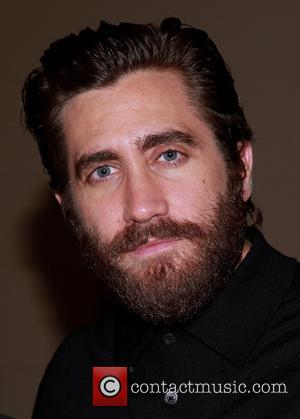 The Brokeback Mountain star took the stage as loner Seymour Krelborn in the New York City Center's Encores! Off-Center show on Wednesday (01Jul15), alongside Ellen Greene, who originated the role of florist Audrey in both the off-Broadway production and the 1986 film adaptation.

As Greene's love interest, Gyllenhaal impressed a number of top critics with both his acting and vocal chops, with Ben Brantley from The New York Times writing, "This production confirmed that Jake Gyllenhaal is one of the few American movie stars who was also clearly meant to be a stage star. (Can we keep him?)"

Brantley adds the chemistry between Gyllenhaal, 34, and Greene, 64, proved to be exhilarating to watch, adding, "He can sing, too, more than passably and with a goofy ardor that matches Ms. Greene’s. I don’t care what the age gap is between them; these two have sweet, sweet chemistry."

David Rooney of The Hollywood Reporter also praised Gyllenhaal's singing abilities, writing, "If this brief run is an experiment to see if he's up to the challenge of doing a musical, he passes with flying colors. He may not have the vocal gusto of a Hugh Jackman, but his voice is sweet, expressive and tuneful."

The Little Shop of Horrors, which also stars comedian Taran Killam and veteran actor Joe Grifasi, sold out all three performances, which came to an end on Thursday (02Jul15).