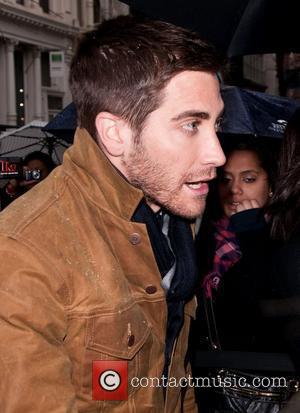 Jake Gyllenhaal is to put his survival skills to the test as a guest on British wilderness man Bear Grylls' hit TV show Man Vs. Wild.
The movie star will follow in Will Ferrell's footsteps on the Discovery Channel series - the funnyman appeared on the show last year (10).
Gyllenhaal's adventure will kick off the upcoming season of Grylls' programme - and the hardcore survivalist insists TV viewers will be impressed with his famous sidekick's skills.
He says, "The wild is always very revealing, not only physically but mentally. You've got to smile when it's driving horizontal hail and be able to face your fears and just get on and do it - and on both of those accounts, Jake came up strong."
Gyllenhaal's Man Vs. Wild adventure will debut on TV in America on 11 July (11). Jake Gyllenhaal And Ryan Reynolds Have Formed A Bromance