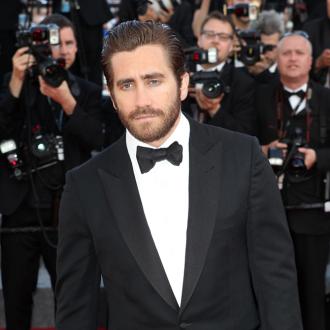 The 34-year-old actor has been romantically linked with his 'Southpaw' co-star and has nothing but praise for the actress, who plays his wife in the film.

He said: ''Rachel was a huge part of this movie. It succeeds or fails on their relationship - the marriage in the story.

''She is a really hard worker and a lovely person and one of the most beautiful creatures around.''

And Rachel wasn't the only member of the 'Southpaw' cast that Jake was delighted to work with.

He told heat magazine: ''Forest is a beautiful creature too. And he's Forest Whitaker! Every time I told someone I was working with him, they were like, 'I love him'.

''And Oona [Laurence], who plays my daughter is incredible. She won a Tony Award for playing 'Matilda'.''

Rita Ora and 50 Cent both appear in the movie, and Jake was impressed by their ''humble'' attitudes.

He said: ''It's interesting that the two primarily musicians who acted in the movie were incredibly humble and hardworking.

''That's not to say that everyone else wasn't, but you felt a real humility from them being there.

''Especially 50, who was essentially an extra in some of the fight scenes.

''He'd sit there for hours being enthusiastic and really loving.''