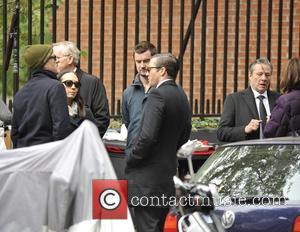 Halloween weekend was a scary time indeed – especially for the movie industry, which saw record low figures over the three-day period. Maybe it was the fact that Halloween fell on a Friday this year, or maybe people just aren’t as easily swayed to go see a movie anymore. Even the highly praised Nightcrawler, starring Jake Gyllenhaal barely broke the $10 million barrier with $10,909 million.

Jake Gyllenhaal gives the performance of a lifetime in Nightcrawler.

We’re getting so specific because last week’s holdover Ouija fell behind by just $9000, raking in $10,9 million. Clearly, this was the weekend of the creepers, but even the creepiest of them all, Gyllenhaal’s Lou Bloom, couldn’t drive enough people to the theatre to makeup for the slow season. That said, the movie has gathered rave reviews and a lot of buzz for Oscars season, so it’s definitely not a loss.

Watch the trailer for Nightcrawler below.

In fourth place, David Fincher’s Gone Girl is still going strong. The film is Fincher’s most commercially successful work to date and with strong reviews, its Best Picture prospects going into Oscars season are pretty great.

The final spot in the top five goes to Fox’s charming animation The  Book of Life, which came out of its third weekend with $8,3 million and a domestic tally of $40,5.