These adorable heroes are feistier than they look.

Geeks assemble! It's time to kick some asteroid according to the tagline of the upcoming film 'Ratchet & Clank'; an adaptation of the Playstation platformer video game franchise of the same name featuring a feline hero and his loyal robot companion. Not to mention a host of other star characters. The movie comes following the launch of the new video game, which is a re-imagining of the whole franchise rather than an addition to the existing gaming experiences. Game writer Todd Fixman has been working on the screenplay, with directors Jericca Cleland ('Animism') and Kevin Munroe ('TMNT') at the helm of the film. Does Ratchet have what it takes to beat the supervillains?

For those unfamiliar with the story behind the game, the 'Ratchet & Clank' movie will follow that adventures of a creature called a Lombax, named Ratchet, who becomes determined to join The Galactic Rangers to help save the galaxy from destruction at the hands of alien mastermind Chairman Drek and his minions the Blarg. While Captain Qwark may not initially see the potential within Ratchet, he refuses to give up and eventually bumps into an intelligent machine named Clank who becomes more than instrumental in the defeat of their enemies.


It will be a joyously familiar experience for all fans of the game as the actors voicing the lead characters in the games make a return here, including James Arnold Taylor (also from 'Star Wars: The Clone Wars') as Ratchet, David Kaye ('Marvel's Avengers Assemble') as Clank and Jim Ward as Captain Qwark. A few star guests will join the cast too for this amazing animated adventure, among which are Sylvester Stallone, Rosario Dawson, Bella Thorne and Paul Giamatti to name but a few.

More: Read our review of the 'Ratchet & Clank' PS2 game

The new game for PlayStation 4 is due to hit shelves on April 12th 2016, with the movie to follow on April 29th in the US. Ratchet's ready to save the galaxy 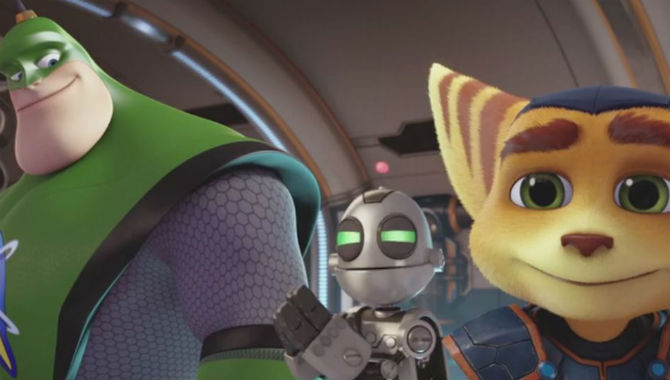