Christmas Number One: The Race Is On 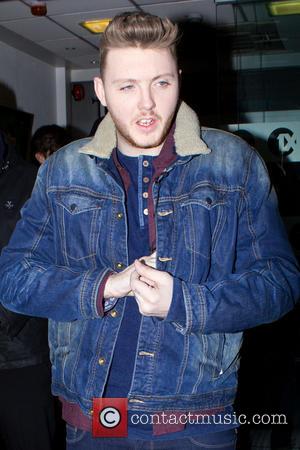 With only nine days left until the big day, the race is on to see who will be sitting atop the UK Singles Chart this christmas, with the charity Hillsborough single battling it out with X Factor winner James Arthur for the coveted Christmas No. 1.

Only a few years ago, it was pretty much a given that the festive number one spot would go to The X Factor or Pop Idol/Popstars winner, however the competition has gotten a little more heated in recent years for for a number of reasons, and unlike before there is an air of uncertainty as to who will walk away with this year's number one spot at Christmas.

Girls Aloud were the first to do it back in 2002, when 'Sound in the Underground' took the Yuletide top spot. Then, from Shayne Ward in 2005 to Alexandra Burke in 2008, Simon Cowell's creations had that top spot wrapped up like dad's songs on Christmas Eve. That all changed when a successful Facebook campaign saw Rage Against The Machine's 1991 debut single 'Killing In The Name' take the top spot away from that years' winner, and thus outrage erupted (even though all profits RATM made were donated to charity, as opposed to Simon Cowell's already bulging wallet). Even though Matt Cardle managed to come up trumps the next year with 'When We Collide,' 2011 again saw a change in the wind when the choir ensemble Military Wives with Gareth Malone took the Xmas top spot with their rendition of 'Wherever You Are.' This time round though, SiCo was a little more forgiving.

This year will again prove to be one of the most hotly fought contests for the festive number one spot, and although James Arthur currently has his eyes set on that top spot, there's another charity group looking to swoop in and take the coveted spot from beneath his nose. The Hillsborough charity group, named Justice Collective, are looking like the favourites to take away this year's number one spot with their cover of 'He Ain't Heavy (He's My Brother),' with all proceeds going towards the families of those who lost during the Hillsborough disaster. Still, with  features Sir Paul McCartney, Robbie Williams, Gary Barlow, Rebecca Ferguson, Mel C, Holly Johnson, Gerry Marsden and Paul Heaton on board, there are definitely worse acts to lose out to. With that said though, there's always the chance that the £1 Fish Man might take everyone by surprise, but that would be something of a Christmas miracle.

Still, its not all bad for Arthur, as his single, 'Impossible', has already become the fastest selling single of the year and is more than likely to take the top spot this week in the run up to Christmas. As for next week though, he might have to settle for second place.

Have a listen to the tracks below and see what you think should be this year's top spot.