The Sun "Twisted" the Words of James Arthur's Twitter Fling, She Claims 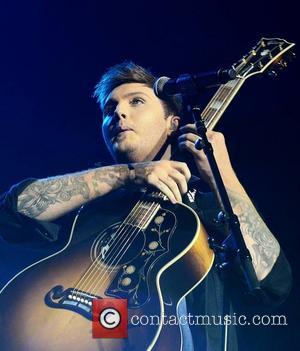 James Arthur had, before he even won the X Factor, forged for himself a reputation for a flirt and a lady's man. He has already been linked briefly to Caroline Flack in unfounded rumours and, more recently, to Rita Ora - again, the rumours have not been substantiated. In less famous social realms, a girl he met on Twitter and shared a night with has apparently revealed some details about their encounter that are a long way away from what one might want from a young man trying to grow a career in music.

According to the Sun, beauty therapist Danielle Withey explained what happened. The tabloid reports that they met on Twitter and exchanged some flirty private messages and texts before one night he paid for a taxi to bring her over to his flat, and asked her to bring a bottle of wine with her. When she got there she was given a mug to drink the wine from. "He then just asked if I was taking my clothes off or not. We started kissing and before I knew it I was naked and he was from the bottom down. But he kept his grey socks and top on, which I thought was odd." He asked how much the wine had cost, "I said five pounds. He pulled out a twenty but I didn't accept it. It didn't seem very appropriate." Then, while they were canoodling, he suddenly stopped and turned the TV up. "He said, 'I've just got to see if Rylan wins'. Then he just carried on again like nothing had happened. He doesn't really know how to treat a girl but Twitter is obviously an easy way for him to meet women."

However, since she's been getting a lot of negative attention since it has been released, Miss Withey has claimed that the Sun has twisted her words, saying: "everything what they have said that I have said isn't true, don't believe everything u read in a fucking news article."