More than a decade after the slow, dark and deep electronic sound now called dubstep began to develop in the dirty bedsits of penniless but forward-looking electronic artists, it finally has something close to a break-out star. James Blake is tall, handsome, young, talented, and unafraid to acknowledge Stevie Wonder and Joni Mitchell as musical influences. In short, he is glamorous, a quality which dubstep's biggest names have tended to lack, and a quality which saw him finish second in the BBC's recent Sound of 2011 poll. At the same time, he's wilfully and admirably committed to a distinctive artistic vision, and anybody who half-expected this album to be a slick, unambitious attempt to cash in on his growing popularity will come away pleasantly surprised: it's nothing of the kind. Blake is the first British pop star in a long time to marry easy glamour with a commitment to making innovative, interesting music. 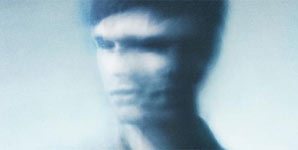 This self-titled album almost completely reverses some dance music's tendency towards slick, full-throttle cartoonishness. It's a record which is as slow, meticulous, and emotionally engaged as its first single, the Feist cover 'Limit To Your Love', suggested it would be. Blake employs the musical building blocks from which he created that track throughout the album. Stately piano chords ring out and then abruptly stop. Syncopated beats wink into existence, tiptoe about nervously for a while, then disappear. The vocals, which Blake relies on far more than he did in his previous work, are heavily processed and frequently multi-tracked, but despite this sound plaintive and soulful; a single lyric will typically be repeated again and again, gaining emotional force with each repetition. Particularly powerful examples of this technique include 'I Never Learnt To Share' ('My brother and my sister don't speak to me/but I don't blame them') and the forthcoming single 'Wilhelm's Scream' ('I don't know about my love/I don't know about my loving anymore/All that I know is that I'm falling'). Tracks like these have as much in common with soul music as they do with dubstep, but despite the protestations of some genre nerds, the tempo and atmosphere of his music mark him out as someone rooted in the dubstep aesthetic.

Blake's music can be divisive, and one criticism has a grain of truth in it: the carefully composed and arranged nature of his music sometimes detracts from its emotional pull. There's something to be said for this; all the finest romantic gestures are spontaneous, but Blake's musical gestures are anything but, and the studied nature of songs like 'Limit To Your Love' - the pauses, the use of silence, the precise playing - does detract a little from their emotional pull. The flip-side of this is how spectacularly odd this tension can make his music sound; James Blake contains some songs of love and loss which seem to have been composed by an alien who has never experienced love or loss, but is fascinated by the idea. The unsettling strangeness of these tracks is one of many reasons why the record succeeds.