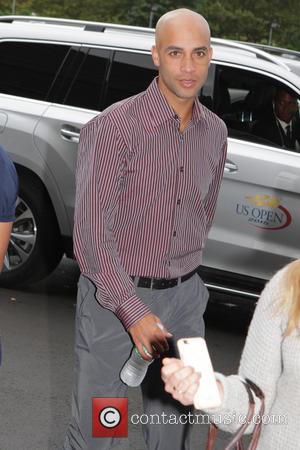 The retired sportsman claims he was thrown to the ground and handcuffed by a New York City police officer who mistook him for a suspect in a credit card fraud case while he was standing outside a hotel waiting for a ride to the U.S. Open tennis championships.

Blake subsequently called for the cop who tackled him to lose his job, and also demanded an apology from police officials, and he began the process on Monday (21Sep15) when he met with the city's top politician, De Blasio, and Police Commissioner Bill Bratton.

After the meeting, Blake told reporters, "We made a lot of progress, and we were all pleasantly surprised... In speaking with the commissioner and with the mayor, I understand the due process and the fact that he (the cop) has rights in the court. I'm willing to respect that... What (De Blasio) said that made me feel good was that, in his heart, he is on the same page as us, and he felt strongly about Commissioner Bratton and the job he's done and the job he's going to continue to do about reducing crime and about accountability."