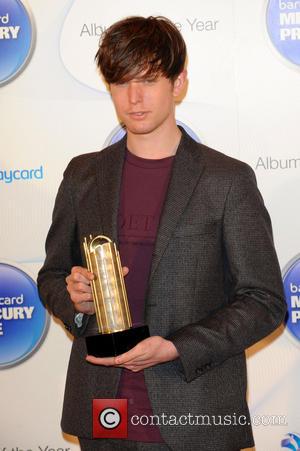 Singer/songwriter James Blake has been left stunned by his Mercury Prize triumph, admitting, "It's very surreal."

The British star scooped the prestigious honour for his album Overgrown at a ceremony in London on Wednesday night (31Oct13), and the unexpected win has left him baffled.

He says, "I feel weird and confused, but wonderful. It's a moment you don't expect to happen to you. In fact you might even bet against it if you're British... It's like one of those dreams you have when you're punching through water and if you're lucky you end up punching it right on the nose. And what you thought (what) wasn't going to happen has happened. It's very surreal."

Blake beat out competition from high-profile acts including Arctic Monkeys and David Bowie to win the $30,000 (£20,000) prize, which is awarded annually for the most influential British album of the previous 12 months.