Retired Tennis Star James Blake Feared For His Life On Wednesday (09sep15) As He Was Allegedly Thrown To The Ground And Handcuffed By New York City Police Investigating A Credit Card Fraud Case. 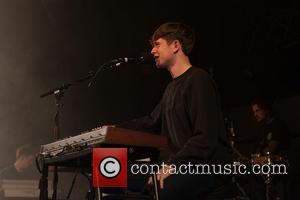 The bi-racial African-American claims he was attacked by a plainclothes officer outside his hotel as he was making his way to the U.S. Open tennis championships, and he was soon swarmed by four other cops who reportedly failed to identify themselves as law enforcement officers or notify Blake of what he was being detained for.

Authorities have since admitted the 35 year old had been "misidentified" as a suspect in an ongoing investigation into fraudulently purchased cell phones.

Police Commissioner Bill Bratton has ordered an internal probe into the cops' behaviour, and Blake is now speaking out in detail about the incident, admitting he was seriously worried he would become another victim of U.S. police brutality.

Blake tells ABC News, "I told him (plainclothes officer), the first words out of my mouth were, 'I'm gonna 100 per cent co-operate. I don't want any incident whatsoever', just out of a reaction from what I've seen in the media. I don't want any sort of miscommunication... Instead of having a little bruise on my leg, I might have some broken bones or some actual injuries, because it didn't seem he was slowing down and he was gonna continue that tackle."

He continues, "I was held for 15 minutes and about five or 10 minutes in, I admitted, I said, 'Look, officer, I'm scared, so if I say anything wrong, I'm sorry. But I wanna know what's going on. I think you have the wrong person...'"

Blake claims he didn't want to publicise his ordeal at first because he was "so shaken up", but his wife persuaded him to rethink his position and use his platform to take a stand against police misconduct.

He is now demanding an apology and explanation from New York City police officials in a bid to prevent similar altercations from happening to others.