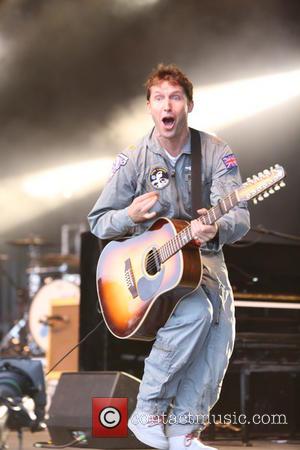 British singer James Blunt became a married man on Saturday (06Sep14), according to a U.K. report.

The You're Beautiful hitmaker tied the knot with Sofia Wellesley in a small ceremony on the Spanish island of Mallorca, reports Britain's Sunday Express newspaper.

The wedding was held at small chapel in the town of Campanet, where Wellesley's father owns a property.

Blunt, 40, became engaged to Wellesley, the granddaughter of the eighth Duke of Wellington, in December (13).