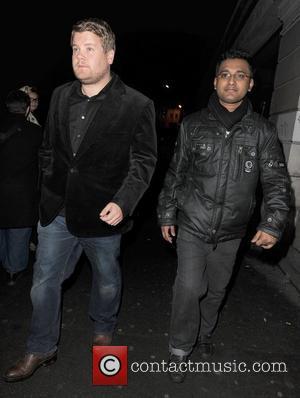 British stars James Corden and Rob Brydon have paid tribute to veteran Welsh actress MARGARET JOHN, who died on Wednesday morning (02Feb11) aged 84.
John, best known in the U.K. for her recent role in hit comedy Gavin & Stacey, passed away at a hospital in Swansea, Wales following a short illness.
The actress appeared in several popular British TV series, including Coronation Street, Emmerdale, Dr Who and Casualty, as well as enjoying a role in Simon Pegg's film Run Fatboy Run.
But it was her portrayal of wise-cracking elderly neighbour Doris in the BBC's Gavin & Stacey that made her a star in her 80s.
Her co-stars Corden, Brydon and Mathew Horne have all paid tribute to the actress on Twitter.com.
Corden writes, "All my thoughts are with the family of Margaret John who played Doris in G and S. A great actress and an incredible lady. She will be missed."
Brydon adds, "Just heard the terribly sad news that Margaret John has passed away. What a wonderful person she was, everyone on G&S adored her."
Horne wrote, "Really sad to hear Margaret John has passed away. She was such a good woman and so fun to work with."