James Corden and Dominic Cooper to star in play together

'The History Boys' stars James Corden and Dominic Cooper are planning to stage a reunion in a new production by London's The National Theatre. 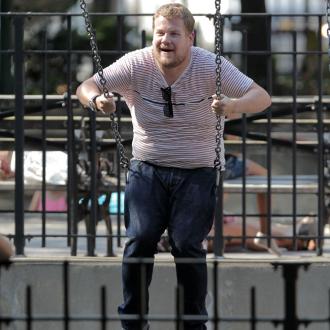 James Corden and Dominic Cooper will take to the stage together again.

'The History Boys' actors are set to reunite once more for a new production by The National Theatre in London once artistic boss Nicholas Hynter has found a script to top the success of 'One Man Two Guvnors'.

According to the Daily Mail newspaper, director Nicholas has enlisted his associates and their writers to adapt classic tales for the stage following the popularity of 'One Man', which was inspired by Venetian comedy 'Servant of Two Masters', and earned James a Tony Award for his performance on New York's Broadway.

It is expected the script penned for 'Can A Song Save Your Life' actor James and 'Mamma Mia!' star Dominic will see them form a comedy double act to make the most of their on-stage chemistry.

The fun-loving pair previously starred together in a 2004 stage adaptation of Alan Bennett's 'The History Boys' and its subsequent adaptation for film in 2006. They also shared a home in London together for several years.

Speaking about living with James in 2010, Dominic admitted he would find it hard to be separated from his pal.

He said: ''He used to live in my place. Now I've moved into his place and I think he is getting a bit sick of me. If he goes out and works all the time I do all the menial chores. I do the washing. Today I said, 'Darling, do you want your clothes in the dryer?' It's ridiculous.

''I'd miss him if I moved out massively because he is such a great friend. He always comes and sits on a chair at the end of my bed in the morning for a talk.''