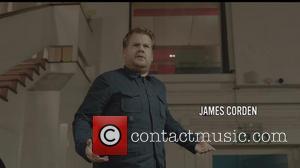 Funnyman James Corden has been confirmed as the host of the 2014 Brit Awards but insists it will be his final show.

He says, "I really love the Brits. I'm such a fan. I'll miss not doing it after this one but fully intend to enjoy every second of Brits 2014."

Arctic Monkeys and Katy Perry will be among the acts performing at the big show, which will be staged at the O2 Arena in London on 19 February (14).