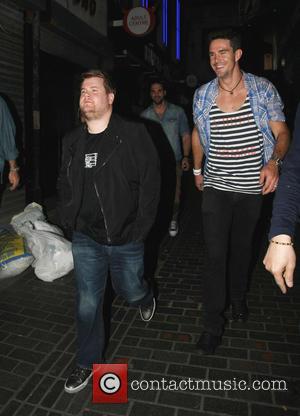 British actor James Corden felt overwhelmed while filming new movie-musical Into The Woods as he was pitched against Hollywood heavyweight Meryl Streep.

Corden stars as The Baker in the upcoming fantasy film, based on the Stephen Sondheim show of the same name, alongside members of Hollywood's elite including Johnny Depp, Emily Blunt, Anna Kendrick, Chris Pine and Streep.

He admits he felt starstruck on set and could not believe he had managed to land a role in such a big production.

Corden tells Britain's The Sun, "It's certainly the biggest part I've ever played. The scale of it can be quite overwhelming... I kept thinking someone was going to tap me on the shoulder and say 'I'm sorry, we made a mistake'.

"Meryl knows how you feel when you walk in a room - not in an arrogant way but she just knows. Then she does everything she can to put you at ease.

"I want to say to them (his co-stars), 'If you knew how many times I've pretended to be you in front of a mirror you'd get a court order!'"