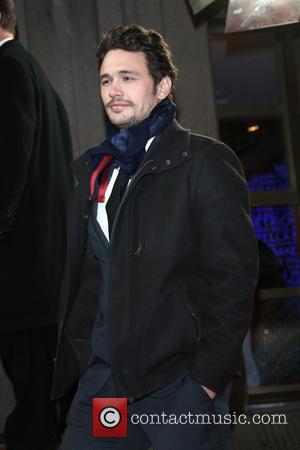 Exhausted James Franco has such a hard time keeping up with his busy schedule, he fell asleep in between takes for his new movie Oz The Great And Powerful, according to his co-star Mila Kunis.

The 127 Hours actor has dabbled in everything from writing novels, directing music videos, and teaching and studying at a number of top American universities, and as a result, he only allots himself about five hours a day for resting.

But because Franco "fights" the urge to sleep and considers it a "defeat," he's always running on empty, sometimes causing him to collapse with tiredness.

Kunis tells Details magazine, "We were at the end of a 17-hour day on Oz, doing this carriage scene, with real horses. The set was so long they couldn't turn the horses, so we'd just leave the set, circle, and re-shoot. James just fell dead asleep after a take. I mean, nothing I could do would wake him up. We came around for a take, everybody saw, and they just kept the cameras rolling."