Franco Takes Off With Stunt Squad 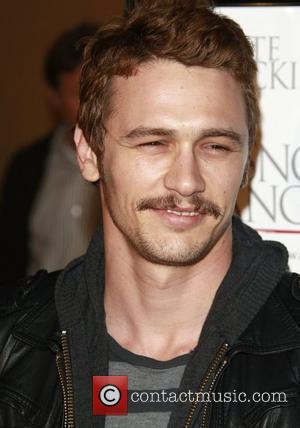 Hunky actor James Franco tested his passion for flying when he took off with US stunt team The Blue Angels. The Spider-Man star took flying lessons as part of his preparation for new period film FLYBOYS and couldn't resist hitting the heights in a speedy stunt plane. He says, "The last time I flew, I went up with the blue angels. They took me up... and it's a work-out because you'll pass out if you don't flex you legs and do this special breathing. "You pull Gs, and we pulled, like, 7.5 Gs and that's like 7.5 times your body weight pulling on you." Franco's flying lessons paid off - the actor is now a qualified pilot. He adds, "I signed on about five months in advance. TONY BELL, the director - who is a pilot, took me up in this plane, the Marchetti SF260, and did a bunch of aerobatics and I loved it so I figured I might as well get my license out of the time. "So I went every day for about three months and got it."