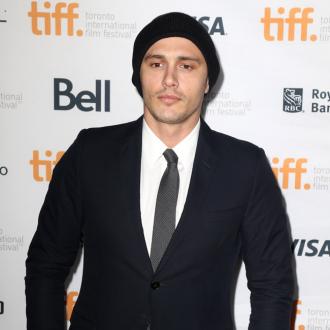 The actors took part in the sexy scene alongside the former 'Desperate Housewives' star Charlie Carver for the upcoming drama, according to E! News.

James plays the titular character in the Justin Kelly directed movie. The 36-year-old stars as Michael Glatze, a gay activist who becomes a Christian pastor following a health scare.

His ex-boyfriend Bennett is played by the 37-year-old Zachary, while Charlie, 26, plays their lover Tyler.

A source told E! News that the three share a ''romance'' but when Michael breaks up with the pair, they are left ''heartbroken''.

James - who is also currently working on the film 'Streetcar' based on the play by Tennessee Williams - has posted several photos of himself and his fellow 'Michael' actors on set.

In August (21.08.14) he shared a photograph of the trio posing during a break from filming.

He captioned the picture: ''BOOM! Welcome to our Boys Spaceship! Blast off!!!! (sic)''

'American Horror Story' actress Emma Roberts is also set to star in the film, which is due out in cinemas next year.