James Franco Is Preparing To Launch An Assault On The Music Charts After Landing A Big Independent Record Deal For His Duo Daddy. 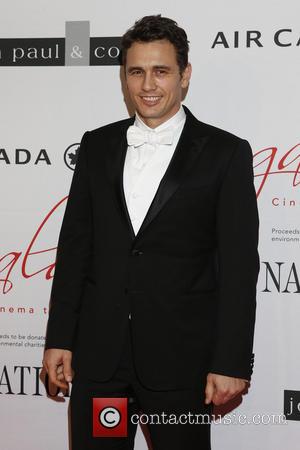 The 127 Hours star teamed up with producer Tim O'Keefe last year (14) and recruited former The Smiths bassist Andy Rourke to feature on an album themed around James' love of the British rock veterans.

Now the pair has scored a worldwide label deal with Kobalt - which boasts Paul MCCartney, Bob Dylan, and Lenny Kravitz among its roster - for the 2016 release of Let Me Get What I Want, and an accompanying film of the same name, which the actor also directed.

"We are really excited to partner with Kobalt on our upcoming Daddy album and film," the stars write in a statement issued to Billboard.com.

"Kobalt has the right forward-thinking approach to work with a project as unique as ours, where we see our work not only existing within the music realm, but extending into the film, art space and beyond on an independent basis."

"The Smiths' songs provided inspiration for the poems, lending tone and situation," James previously explained to Vice.com. "I originally wrote this sequence as a way to use one medium (music) to influence another one (poetry)... Once I had the sequence, Tim and I took the material one step further and turned the poems inspired by songs back into songs of their own."