James Franco Was "A Little Shocked" By The Jokes About His Sexuality Which Were Made By A Number Of Comedians During His Comedy Central Roast. 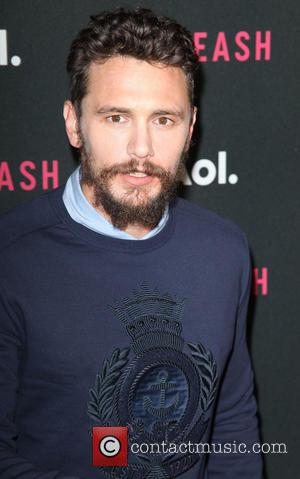 Picture: James Franco - A host of stars were photographed as they arrived for AOL 2015 NewFront presents AOL Unleash which was haled at the 4...

The show, which aired on the U.S. TV network in August, 2013, featured a number of comedians and Franco's former co-stars laughing at the actor's expense, and there was a particular focus on the gay characters he played in films such as Milk and Howl.

After the event, which was hosted by Franco's friend Seth Rogen, some critics suggested the comics went too far with the gay jokes, and Franco now admits he was taken aback by the content.

He tells British newspaper The Independent, "It's weird, I was a little shocked, I didn't write those jokes (at the roast), they did. I didn't make any gay jokes. There is still a little bit of homophobia. I think part of it, when I do films with Seth, it's more playing on straight male anxiety about any sort of same-sex interaction. To me that is really a comment on a larger anxiety and not really anything about denigrating or criticising anything about the gay community."