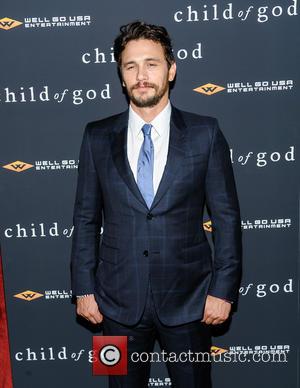 In a Tv special featuring nominees Nicki Minaj, Iggy Azalea and Jason DeRulo, Franco, as Skylark, shows off his lack of research with a series of dumb questions - he asks Australian Azalea about life in Austria and states, "You're the one who wrote Superb A**" during a chat with Superbass hitmaker Minaj.

Skylark's Very Special Vma Special will air in the U.S. on 17 August (14), a week before the Vmas.

In the new Franco comedy, Skylark lands an interview with Kim Jong-un only to learn he and his sidekick, played by Seth Rogen, have to assassinate the North Korean leader.