Spring Breakers Wide Release - Is This One Worth Seeing?

Spring Breakers opens in theaters this weekend and there might be more to this teenage romp than we can see at first glance. 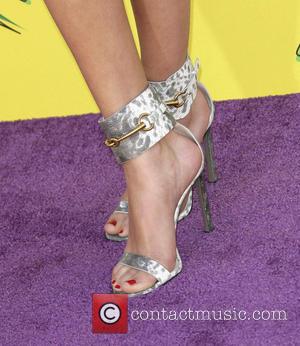 Harmony Korine’s Spring Breakers is a big deal this… well, this spring break.

And ok, it may be mostly because of the semi-naked girls gracing the landscape throughout the whole flick, but still, Spring Breakers isn’t without its merits, if you take it for what it is. The popping color palette and at times seizure-inducing editing might put some more serious movie-goers of this, but it certainly does a lot to entice the target audience – which, for this visual romp would be bored teens and twenty-somethings. But don’t be fooled – beyond the bikinis and hot pink tones, Spring Breakers, which premiered last week at SXSW does have some substance as well. Ok, a little substance. But still.

Firstly, let’s talk about Disney actresses playing girls gone wild. Well, it’s fun and, let’s be honest – it’s a much healthier way for ladies like Vanessa Hudgens and Selena Gomez to break out of the Disney mould than, say leaking nude pictures online. And, to be fair, Gomez does show remarkable depth of character – well, as much as the Spring Breakers script will allow anyway. Harmony Korine and the cast of Spring Breakers are now free to enjo the fruits of their labour.

Second, there’s James Franco. Now, if you’re a human being, there’s no way you can remain unimpressed by the Franco. The man has three Masters degrees, along with directing, writing and acting in a bunch of films in the past couple of years. Quality of work aside, Franco can be called a wunderkind just for the sheer volume of his work. But, let’s face it – Oz: The Great and Powerful – not the best film ever made. We’re happy to say that Franco has redeemed himself with the character of Alien – yes, the party-loving gangster rapper in Spring Breakers is a caricature, but he is a really, really good one.

And lastly, let’s talk about the social commentary. We know, we know, where’s the commentary in a film about beaches, babes and bank robberies? Well, we might be pushing it, but there’s something to be said about Korine’s reality, which screws up our protagonists’ priorities to the point that they’re ready to commit a crime in the name of the coveted spring break. Overall the verdict is: watchable. And not only that, Spring Breakers is enjoyable. The film opens in US theatres this weekend. You can watch the trailer below and decide for yourself.