Zac Efron Opens Up About Pleasuring Himself In Spoof Tv Interview 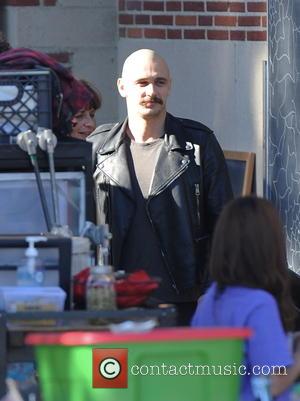 Picture: James Franco - James Franco spotted chatting it up with college students at USC campus during break on the set of "Zeroville" filming in Los...

Efron shows off his skill by 'climaxing' as he chats to the bogus host on his fake show Skylark Tonight, prompting Franco's amazed character to state, "That was incredible."

Asked about his morning routine, Efron then adds, "Sometimes I wake up and I catch a glimpse of myself in the mirror, and you think, 'Who is this guy...?' And then it's there. Then you can brush your teeth."

Franco, as Skylark, then asks his guest if he thinks he has a problem, to which Efron responds, "The Middle East has problems, I have a solution."

The spoof interview has hit the Internet as part of the promotional push for Franco and Seth Rogen's new film, which is released at Christmas (14). In The Interview, Skylark and his jaded producer are recruited to assassinate Kim Jong-un after they are offered the chance to interview the North Korean dictator as part of a Tv special.