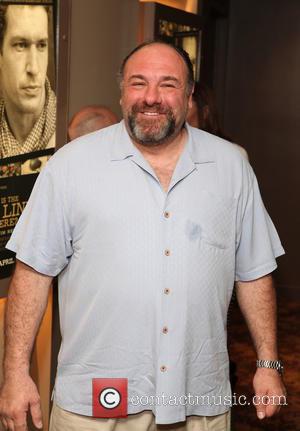 James Gandolfini's friends, family members and former co-stars turned out to remember the actor at a ceremony in his hometown on Sunday (01Dec13) to rename a street in his honour.

The Sopranos star, who died in June (13) at the age of 51, was honoured by officials and residents of Park Ridge, New Jersey who dedicated a section of road to the actor in the area where he grew up.

The actor's wife, Deborah Lin, and his 14-year-old son, Michael Gandolfini, were on hand for the ceremony, along with The Sopranos castmembers including Steve Schirripa, Vincent Curatola, Tony Sirico, Dominic Chianese, Vincent Pastore and John Ventimiglia.

Michael Gandolfini addressed the crowd and told them he will never forget spending time with his father in the town, saying, "He just told me every story about every place here... (he) definitely made a point of coming here... (and) would be more honoured than anything to be known as a true Jersey guy."

Chianese was also among those who spoke at the ceremony, while the local council declared Sunday to be James Gandolfini Day, according to Northjersey.com.