The Sopranos Named Best Written TV Show Ever: Do You Agree?

The Sopranos unsurprisingly topped the list of the 101 best written television shows. 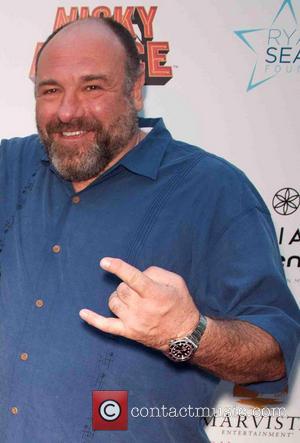 Last night (2nd June), the Writers Guild of America (the WGA) unveiled its list of the 101 best written television shows in history voted for by members, who are split into east (WGAE) and western (WGAW) guilds in an online ballot.

Following the WGA's 2005 '101 Best Screenplays', the new list saw New Jersey mobster drama The Sopranos (created by David Chase) top the TV Guide Magazine-sponsored list. After debuting in 1999, the show ran for six seasons and 86 episodes before ending in 2007. The show, starring James Gandolfini as lead-character Anthony "Tony" Soprano, has received glowing critical acclaim over the years with New Yorker editor, David Remnick proclaiming the show to be "the richest achievement in the history of television."

Indeed, this is not the first time the highly lauded series has topped a 'best of' chart, with previous rankings including TV Guide's 'Top 50 TV Shows of All Time', and 'Channel 4's Greatest Television Series of All Time.'

The true top dog of the 101 best TV shows was surely writer Matthew Weiner, who had two shows in the list's top 10: he has contributed episodes to The Sopranos and is the writer of Mad Men, which came 7th in the list.

The criteria were, according to Deadline.com, "All genres were eligible.but the shows had to be written in English and broadcast on U.S. airwaves. Individual or non-serialized programs were deemed not eligible."

The U.K series which were chosen in the 101 included, BBC's The Office (51), Absolutely Fabulous (90), Fawlty Towers (58) and Monty Python's Flying Circus (79), none of which charted particularly high.

Deadline.com raised its collective eyebrows at the WGA's choice to compile such a list, openly wondering what role TV Guide played as sponsors: "How could the WGA diminish the value of its name and integrity in exchange for a lame Red Carpet event?"  The infotainment news website also questions why more members weren't made aware of the opportunity to vote: "Why didn't more of the union's scribes know about this online WGAW and WGAE member vote?" David Chase, The Creator of The Sopranos