Guardians of the Galaxy cast confirmed

Director James Gunn has confirmed the cast for 'Guardians of the Galaxy' will include Chris Pratt, Dave Bautista, Zoe Saldana and Michael Rooker. 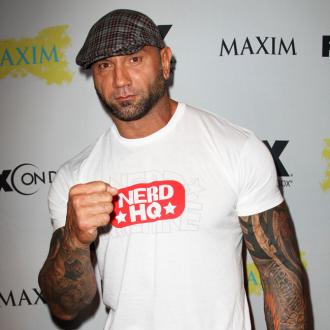 'Guardians of the Galaxy' director James Gunn has confirmed the film's main cast and says Dave Bautista is a ''naturally gifted actor''.

The filmmaker has spoken at length about the upcoming Marvel comic book adaptation for the first time and confirmed the movie's lead cast including Chris Pratt as Peter Quill aka Star-Lord, Zoe Saldana as Gamora, Dave Bautista as Drax the Destroyer, and Michael Rooker as Yondu.

Speaking to BANG Showbiz at the UK premiere of 'Iron Man 3' in London's Leicester Square on Thursday (18.04.13), Gunn said: ''We haven't really come out with our cast. People have gotten a hold of some things. I will say this one thing; Dave Bautista is one of the most naturally gifted actors I have seen in my entire life. The guy has access to his emotions in a way I have seen very few people able to do.

''No one else was offered that role at all. If he did get the role, it's 100 per cent because of his ability to access his emotions.

The director also appeared to confirm his ''very good friend'' Rooker, best known for his role as Merle in 'The Walking Dead'.

He said: ''Michael Rooker is my very good friend. Michael's been in two of my movies - we've done two movies together, two reality shows, a short film so I don't think it would be crazy to think he'd be involved in 'Guardians' in some way.''

Quizzed about Saldana's rumoured casting, the director said with a smirk: ''Maybe.''

Gunn further revealed that he auditioned between 80 and 100 actors for the Guardians' leader Peter Quill and wanted someone ''extraordinary'' for the role who could share the screen opposite Robert Downey Jr.'s Iron Man in 'The Avengers 2'.

He explained: ''I was very, very specific in I wanted it to be someone extraordinary. We saw a lot of very famous guys for the role, a lot of well known people, very, very good actors, and good performances. But it wasn't until Chris Pratt came in and he read that I was like, 'Oh my God.'

''This guy has his own, very particular, amazing take on the character that blew my mind. I thought, 'This is the first guy I can see sharing the screen with Robert Downey Jr. and really giving him a good run for his money.' ''

Meanwhile, the role of Rocket Raccoon has yet to be filled but the director insists they will land someone ''perfect'' for the role in the next few weeks.

Gunn announced filming on the cosmic comic book adaptation will begin in June.

'Guardians of the Galaxy' is due for release in August 2014.