It's all coming out now for Lipton, but most probably will just think he's cool... 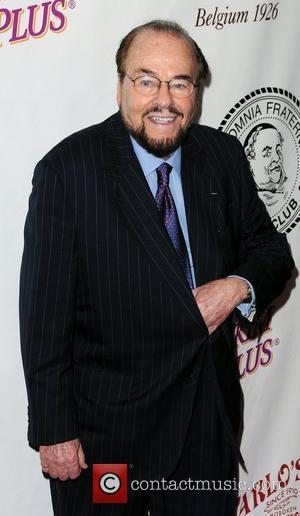 We all expect, or at least hope, that Hollywood’s A-listers have a sordid past, hidden away from both their fans and their loved ones. As it turns out, it’s the man who interviews the stars, James Lipton, who has the dirt. And there’s nothing more dirty than a pimp, is there? A Parisian pimp. Wow.

"Paris was different then, still poor. Men couldn’t get jobs and, in the male chauvinist Paris of that time, the women couldn’t get work at all. It was perfectly respectable for them to go into le milieu...” says Lipton in a desperate attempt to try and justify what can only be described as a ghastly profession. He goes on to explain that he was ready to leave the city of love, or as it was probably known then, the city of money for love (see what we did there?) before he was given the chance to step into the underworld. "[One of the prostitutes and I] became great friends. When I ran out of money, I said, ‘I have to go home.’ She said, ‘No, you don’t. I’ll arrange for you.’ So she arranged for me to do it. I had to be okayed by the underworld; otherwise they would’ve found me floating in the Seine,” he explains.

Lipton is best known for interviewing some of our favourite celebs on Inside The Actor’s Studio. Before that, he was a graphic designer, a columnist for the Jewish Daily Forward and a publicity director for a movie theatre, and, as we now know, a proprietor of the human flesh. “I represented them a [whole bordello], but her especially. I did a roaring business, and I was able to live for a year,” adds Lipton. “The French mecs didn’t exploit women. They represented them, like agents. And they took a cut. That’s how I lived. I was going through my rites of passage, no question about it. It was a great year of my life." Back to the glory days, huh James? This guy, Lipton, yep, that's him