James McAvoy enjoys high praise for his turn in Macbeth 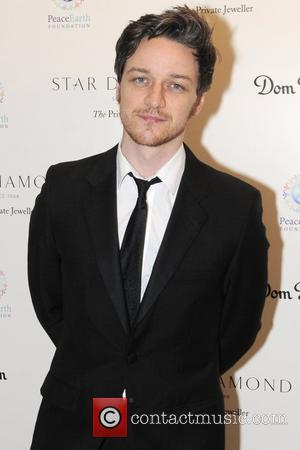 James McAvoy in Macbeth is causing quite a stir. Both the critics and the stars in the audience have lavished praise over the Scottish actor who has applied his trade in Hollywood, in X Men and The Lion, The Witch And The Wardrobe. He is perhaps best known, though, for his roles in The Last King of Scotland and Atonement.

Stephen Merchant said he “loved it. I loved the bloodiness of it, the passion and the youthfulness of it, which was a nice take on the play.” Downton Abbey star Hugh Bonneville said of him, “James McAvoy is a brilliant actor, full stop,” while singer Beverley Knight had kind words for the plays writer. “Only Shakespeare himself could come up with the words to describe what I’ve just seen. I’m at a bit of a loss. It was so spellbinding, so intense, incredibly gripping. I thought I knew the play but now I’m seeing it with fresh eyes. It was absolutely unreal,” she said. The Director of the play, Jamie Lloyd, said of the play: “It's an apposite, urgent play for today, and that's why I don't want it to be set in period. I don't want the production to be a reflection of a time long past, I want it to resonate here and now." James McAvoy on the set of 'Trance'

The critics were also enamored; The Telegraph writing, in their 4* review, “McAvoy thrillingly suggests a man on the rack of his own guilty mind who learns that the only way to secure his position and silence his conscience is to become inured to atrocity with further killings.”