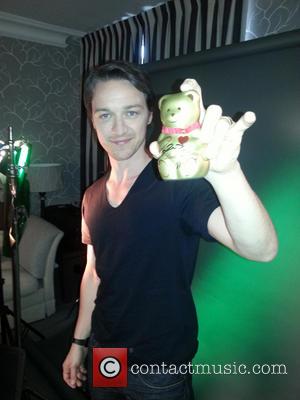 Picture: James McAvoy - Minnie Driver is lending her support to this year's 'Show You Care with the LINDT Bear' campaign which sees LINDT commit to...

Scottish movie star James McAvoy is set to make his Broadway debut next week (begs18Nov13) when he takes on The 24-Hour Plays fundraising challenge in New York.

She tells the New York Daily News, "As a big X-Men geek and fan of James' acting, I'm doubly excited about meeting him."

The annual event will take place on Monday (18Nov13) and will benefit the Urban Arts Partnership, the Big Apple's largest arts education organisation.